Bodie State Historic Park is a California gold-mining ghost town with over 170 buildings which are protected in a “state of arrested decay.” That means officials won’t fix up the abandoned buildings, but they won’t let Bodie fall to dust either. Bodie was too wicked to ever truly die. More than 1,000 remote acres make up the once violent, lawless and booming gold mine town in the Wild West. Nearly 200,000 yearly visitors come to roam the ghost town of Bodie. We love these pics! [13 Photos] 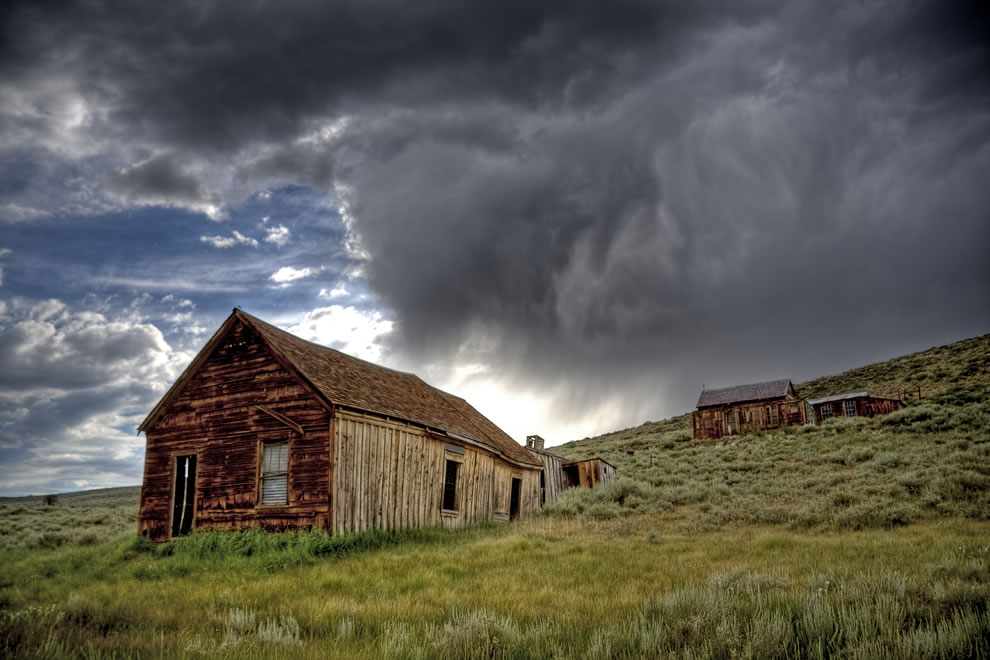 A stormy day at the Bodie Historic State Park which was once a violent and lawless booming California gold mining town in the Wild West. Several phrases were born to describe the essence of Bodie and its inhabitants who flocked there to find the motherlode: “Badman from Bodie” fit the infamous and remote town. It’s said that a little girl found out her family was moving to Bodie and wrote in her diary, “Goodbye God, I’m going to Bodie.” The phrase stuck and became famous. A preacher called Bodie, “A sea of sin, lashed by the tempest of lust and passion.” Photo #1 by Photographersnature.com 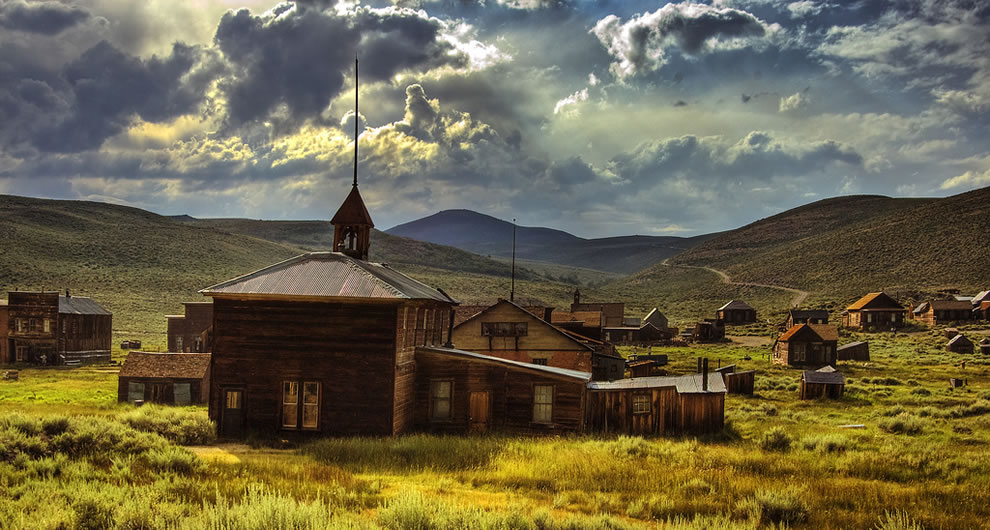 Ghost town of Bodie, California is located east of the Sierra Nevada Mountains. The town began as a little mining camp but was later named after prospector William Body who found gold in 1859. It is thought that the man who painted the first sign couldn’t spell very well and wrote “Bodie Stables.” Photo #2 by Wolfgang Staudt 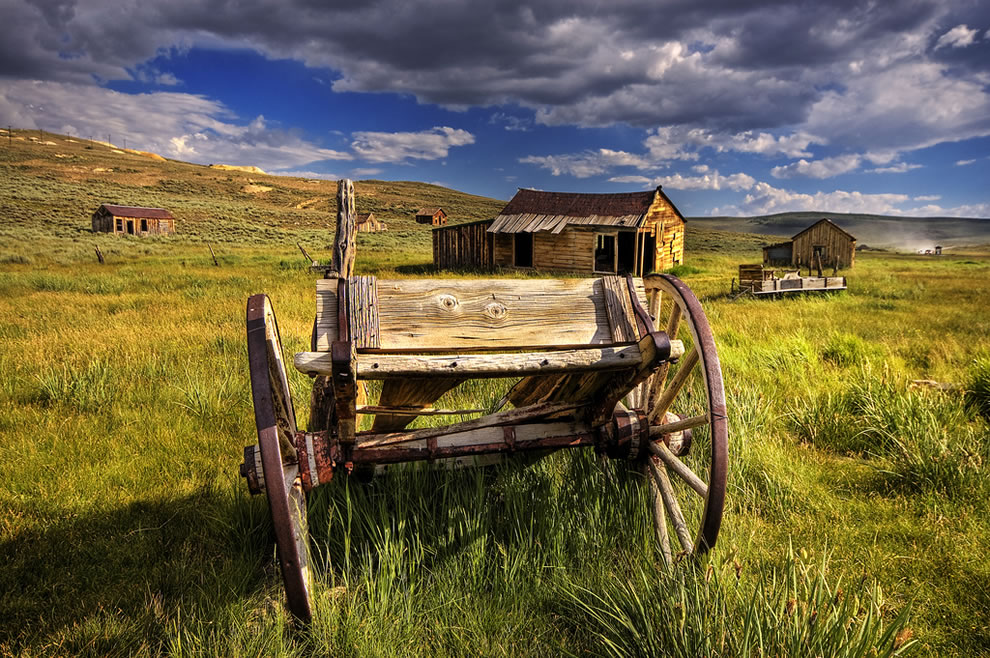 Decay scattered around the ghost town of Bodie. It rivaled Tombstone and Dodge City in violence. At one point, Bodie had a population of about 10,000 people in a town known as second to none for wickedness. The town also has a wicked climate, sweltering hot summers and buried in cold snow in the winters. Photo #3 by Wolfgang Staudt 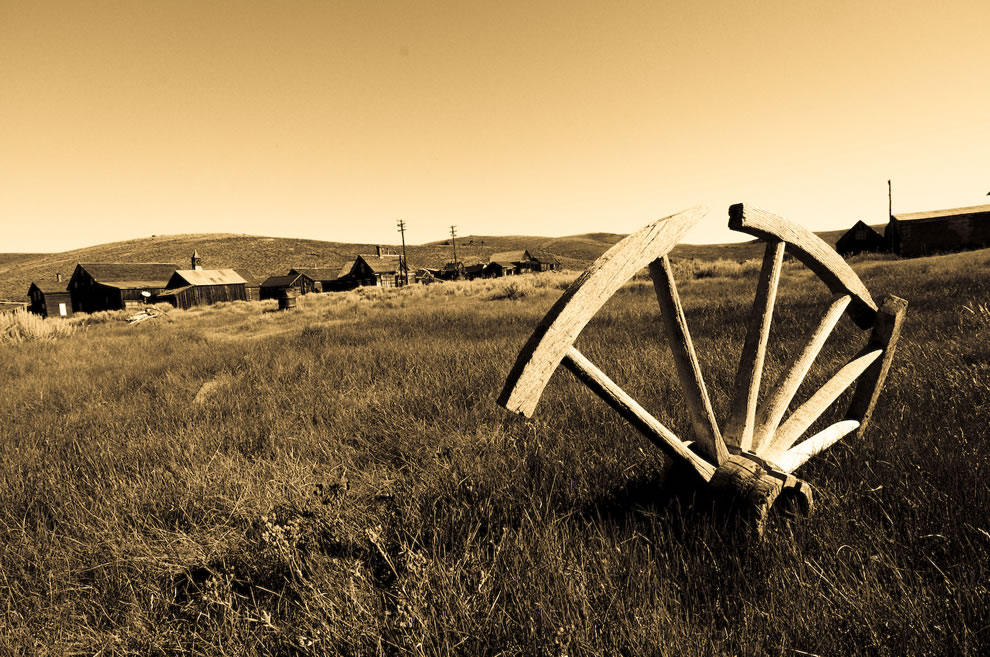 Old West transport failure – Ghost Town of Bodie. Although Bodie was blown up with two tons of dynamite and burned down twice, Bodie was too wicked to die. What is left in the the ghost town is only 5% of Bodie’s original buildings. Photo #4 by Chris Willis 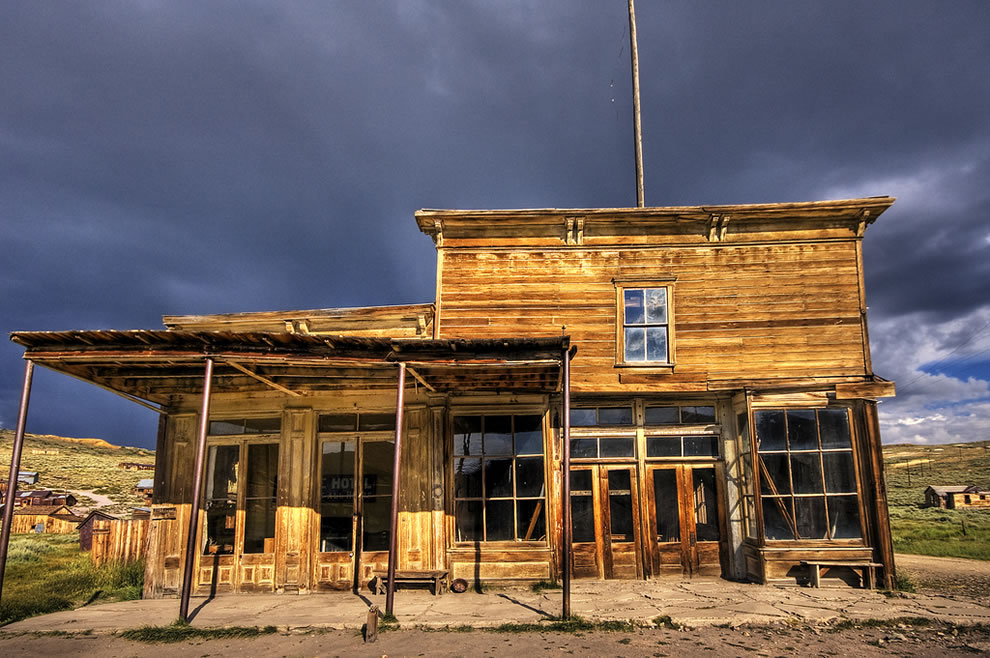 Vacancy at Bodie Hotel. The ghost town once had two banks, four volunteer fire companies, several daily newspapers, a brass band, a railroad, a whopping 65 wild west saloons . . . and only one jail for those who survived barroom brawls turned to shootouts. Photo #5 by Wolfgang Staudt