Big Wheel left over in the bad ghost town of Bodie, perhaps a reminder of one of the many times the stagecoach was held up. Killings happened every day in Bodie. Filling your enemy with lead or burying a bullet in their brain happened around the clock as if it were an acceptable way to settle all disputes. Photo #6 by Bill Gracey 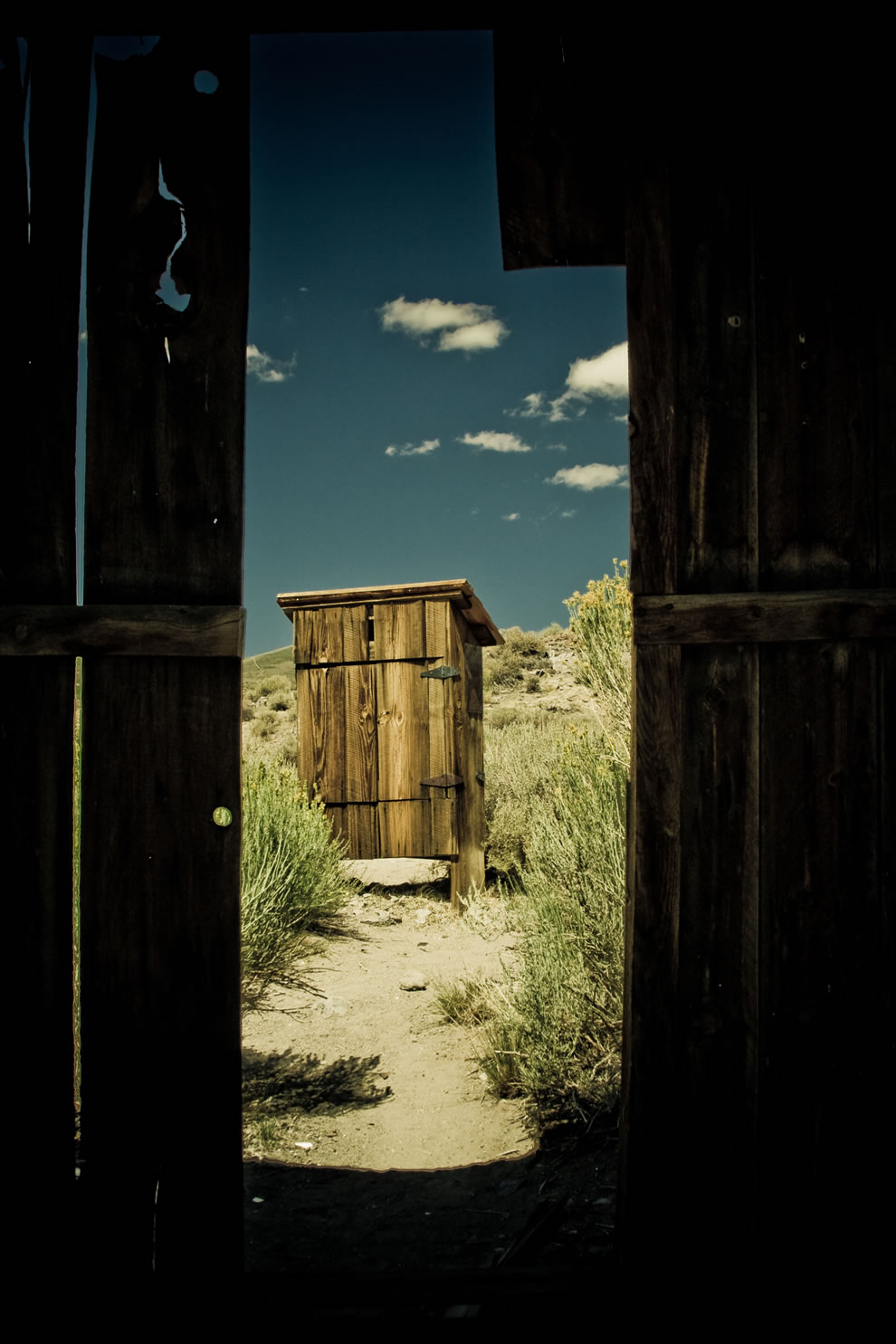 Outhouse in Bodie, perhaps only frequented by ghosts now. Once upon a time, it was a necessary evil for all the wicked men drinking wicked whiskey in a wicked climate. Photo #7 by Jim code poet

One of the saloons in Bodie. Back in its heyday, the booming gold mine town boasted 65 saloons on a mile long main street, a busy red-light district, and even a Chinatown. For a long time, however, there was not a single church. Photo #8 by Albert de Bruijn 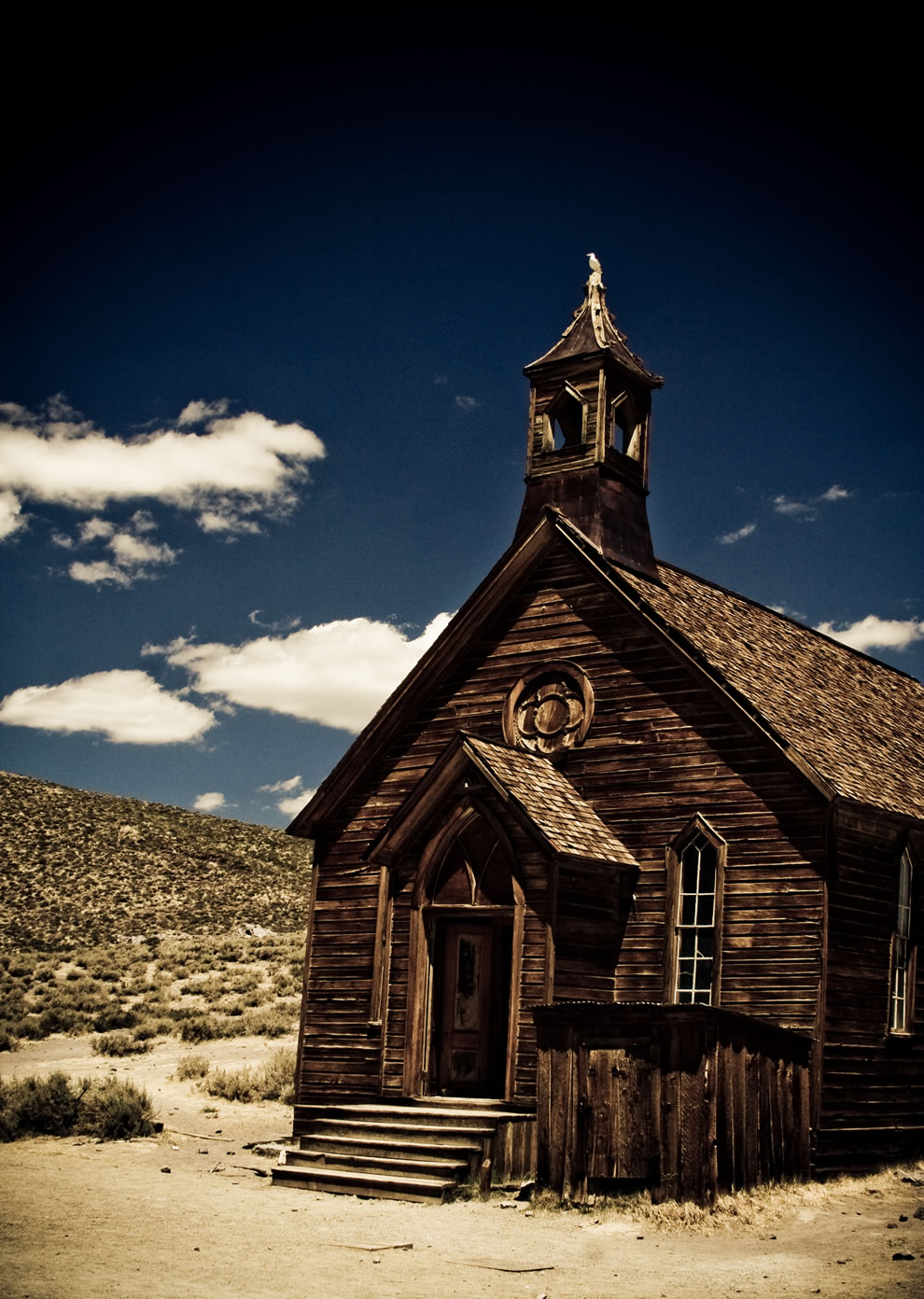 Ghost Town Church in Bodie. After the gold miners moved on to other booming towns, hoping to get rich quick, and the “gambling hells” shut down, Bodie finally built a church and became more family-friendly. Photo #9 by Jim code poet

Abandoned car at Bodie ghost town. At the beginning of World War II, Bodie closed down the school and the post office, and the last residents left town. Only the remaining ghosts didn’t move on. Photo #10 by Wolfgang Staudt 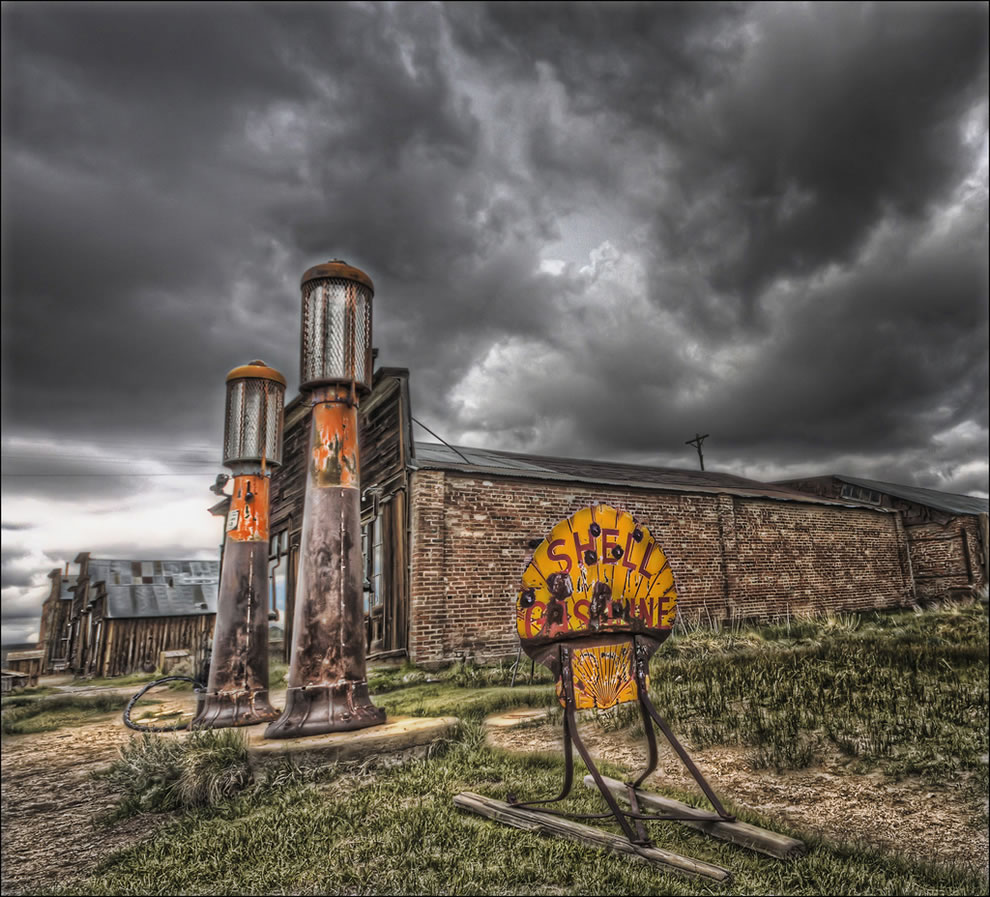 Bodie is officially Out of Gas. Photo #11 by Hot Flash Photography