California's Man-Made Drought: A 7 Part Detail On One Large Mistake


Part 1:  Water Diverted To The Ocean

This original story was brought to the worlds attention by the Wall Street Journal in September of 2009.  Here we are six years later, and look.... is this the result of that decision?  Read for yourself and you decide... 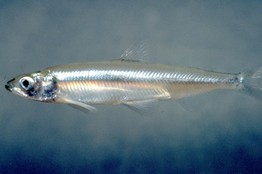 California has a new endangered species on its hands in the San Joaquin Valley—farmers. Thanks to environmental regulations designed to protect the likes of the three-inch long delta smelt, one of America's premier agricultural regions is suffering in a drought made worse by federal regulations.

The state's water emergency is unfolding thanks to the latest mishandling of the Endangered Species Act. Last December, the U.S. Fish and Wildlife Service issued what is known as a "biological opinion" imposing water reductions on the San Joaquin Valley and environs to safeguard the federally protected hypomesus transpacificus, a.k.a., the delta smelt. As a result, tens of billions of gallons of water from mountains east and north of Sacramento have been channelled away from farmers and into the ocean, leaving hundreds of thousands of acres of arable land fallow or scorched.

For this, Californians can thank the usual environmental suspects, er, lawyers. Last year's government ruling was the result of a 2006 lawsuit filed by the Natural Resources Defense Council and other outfits objecting to increased water pumping in the smelt vicinity. In June, things got even dustier when the National Marine Fisheries Service concluded that local salmon and steelhead also needed to be defended from the valley's water pumps. Those additional restrictions will begin to effect pumping operations next year.

The result has already been devastating for the state's farm economy. In the inland areas affected by the court-ordered water restrictions, the jobless rate has hit 14.3%, with some farming towns like Mendota seeing unemployment numbers near 40%. Statewide, the rate reached 11.6% in July, higher than it has been in 30 years. In August, 50 mayors from the San Joaquin Valley signed a letter asking President Obama to observe the impact of the draconian water rules firsthand.

Governor Arnold Schwarzenegger has said that he "doesn't have the authority to turn on the pumps" that would supply the delta with water, or "otherwise, they would be on." He did, however, have the ability to request intervention from the Department of Interior. Under a provision added to the Endangered Species Act in 1978 after the snail darter fiasco, a panel of seven cabinet officials known as a "God Squad" is able to intercede in economic emergencies, such as the one now parching California farmers. Despite a petition with more than 12,000 signers, Mr. Schwarzenegger has refused that remedy.

The issue now turns to the Obama Administration and the courts, though the farmers have so far found scant hope for relief from the White House. In June, the Administration denied the governor's request to designate California a federal disaster area as a result of the drought conditions, which U.S. Drought Monitor currently lists as a "severe drought" in 43% of the state. Doing so would force the Administration to acknowledge awkward questions about the role its own environmental policies have played in scorching the Earth.

As the crisis has deepened, the political stakes have risen as well. In late August, Agriculture Secretary Tom Vilsack came to the devastated valley to meet with farmers and community leaders. Democratic Senator Dianne Feinstein has pledged to press the issue with Interior Secretary Ken Salazar. "There are 30 lawsuits on the biological opinions and two separate opinions, one for the smelt and one for the salmon," Ms. Feinstein said, "The rules need to be reconsidered."

The Pacific Legal Foundation has filed a lawsuit on behalf of three farmers in the valley, calling the federal regulations "immoral and unconstitutional." Because the delta smelt is only found in California, the Foundation says, it does not fall under the regulatory powers provided by the Constitution's Commerce Clause. On a statutory basis, the Fish and Wildlife Service also neglected to appropriately consider the economic devastation the pumping restrictions would bring.

Things in California may have to get so bad that they endanger Democratic Congressional incumbents before Washington wakes up, but it doesn't have to be that way. Mr. Salazar has said that convening the God Squad would be "admitting failure" in the effort to save the smelt under the Endangered Species Act. Maybe so, but the livelihoods of tens of thousands of humans are also at stake. If the Obama Administration wants to help, it can take up Governor Schwarzenegger's request that it revisit the two biological opinions that are hanging farmers and farm workers out to dry.

Part 2:  Drought relief on the way for some in San Joaquin Valley

For the first time ever, federal water managers will tap into San Joaquin River to try and bring some relief to parched farmlands and wildlife refuges in the San Joaquin Valley.

The move comes as the US Bureau of Reclamation tries to fulfill contractual obligations it has with landowners in the Central Valley. KQED reporter Lauren Sommer joins the show to explain.

For details go to scpr.org to listen to the audio recording there.