So I decided to build a viking hut, step by step instructions 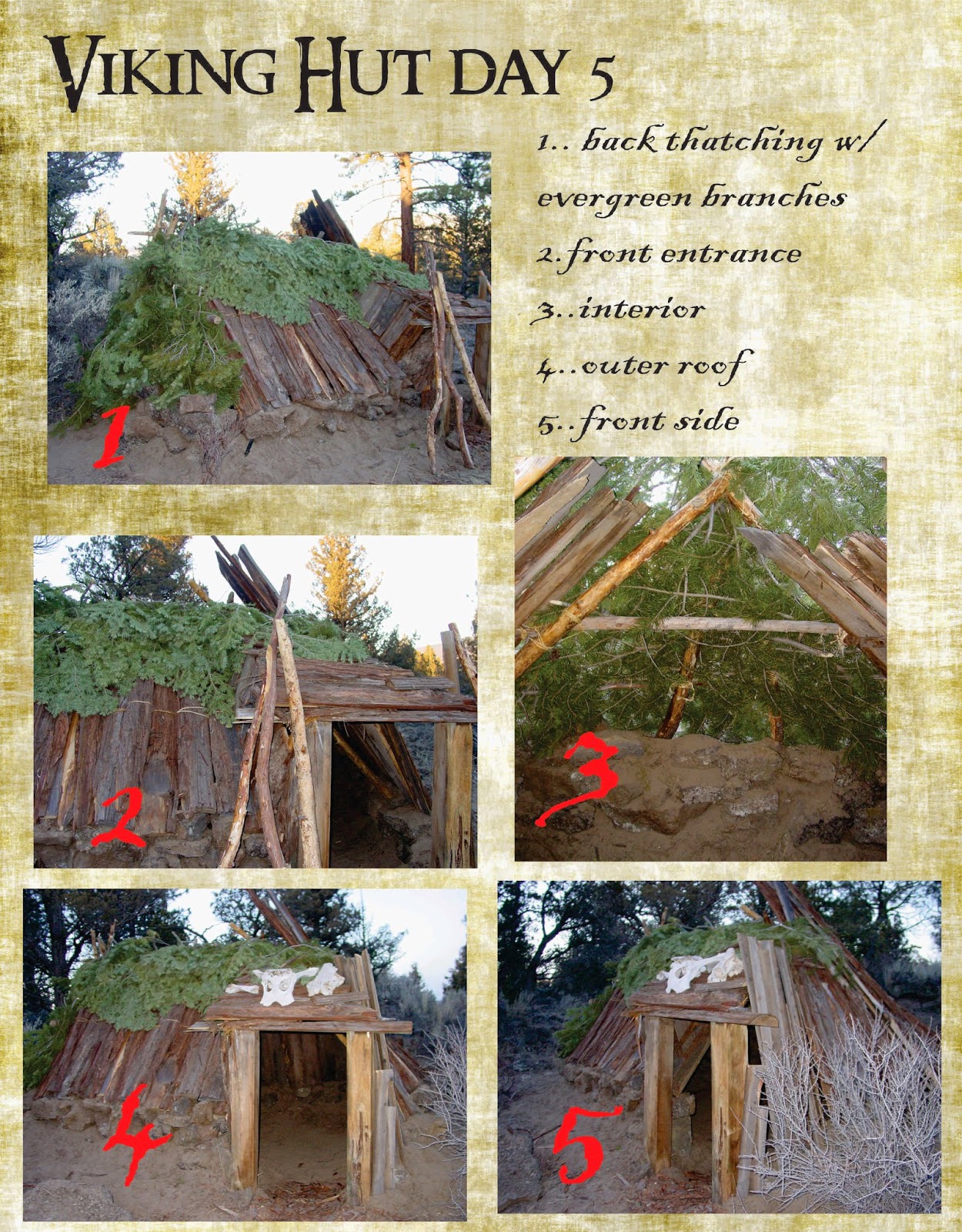 Well I started thinking to myself, as i sat looking at my property, what next. I have been part of living history societies for about 20 years now, and have always had a interest in surviving and primitive living conditions, as far back as the Rambo movies of my youth...Well I have the space, and to quote from another movie " if you build it , they will come"...So here it goes, Ill be photo documenting sum of the different steps that I am taking, to slowly add and build a small Village. Im basing the build on the theory of , " if i was a Germanic Tribesman and was in this area, how would I build various structures with what is around the area"... 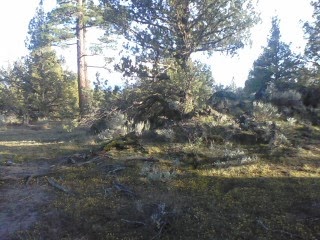 The terrain in the area is sandy , volcanic rock, light to no real vegetation, except for juniper trees, Cedar trees ( that are sparse and most have been logged)..According to legend of the local indigenous peoples the area is know as the BANISHED LANDS, it was an area that you where sent to live if you where a real bastage in the local tribe...as just below this twisted rocky land is swamps ( that has been sense tamed by the local farmers into fields), me I call it Mordor.or home.
The first step is I wanted to have sum structure around the area I claimed as my "practice yard" or THE PIT. It is a round ring cleaned out of the rock and other debris. The only other structure was a lean too i threw up last year to climb under for shade.  I selected this area as it "spoke " to me...just far enough from house and roads I can immerse myself in a " period" feeling when i have guests over for out fighting practices and gatherings. I decided to build the hut on a whim, as I have seen  number of re creations from iceland and once you camp on my land, and try to put up a tent in the sandy ground, well might as well build a structure cause you already have all the rocks moved to hold yer tent down anyways ( spikes just dont hold in the wind ). 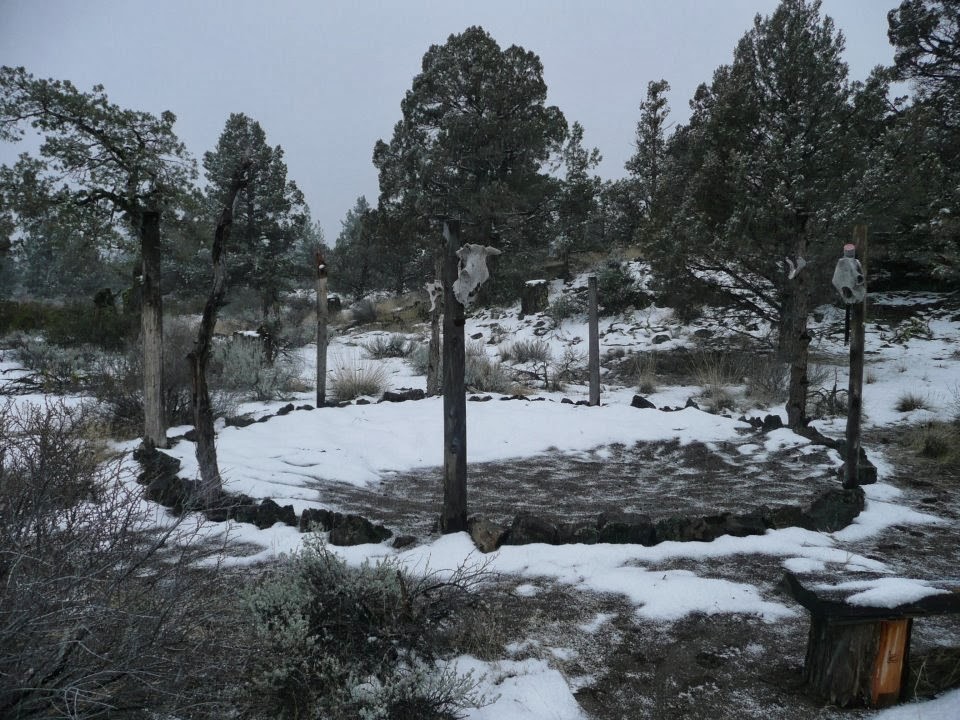 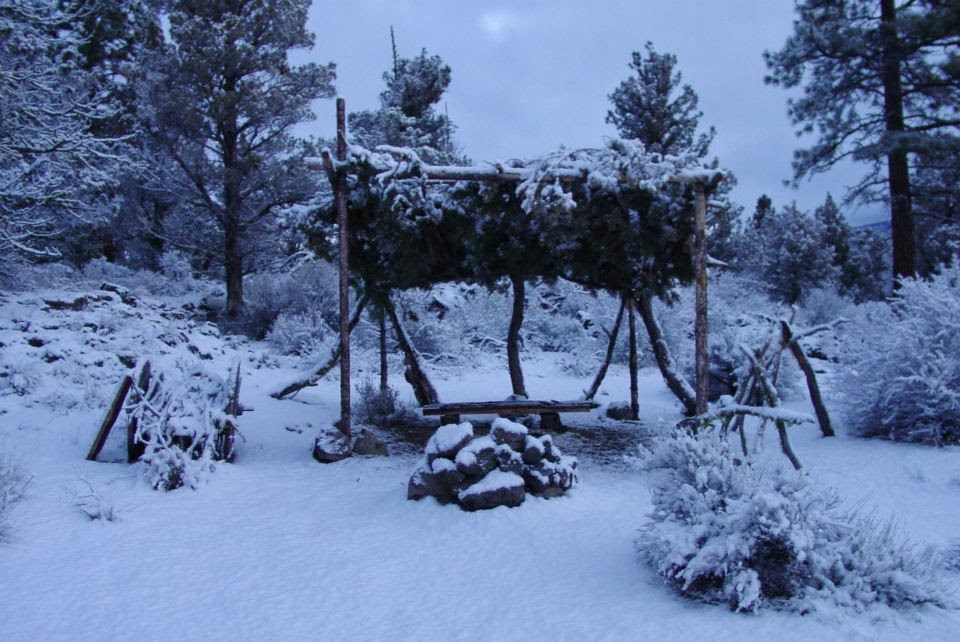 These are picture of the Training Pit, and the Lean-Too structure ( the rocks in front are a fire pit)

So the first step I began to take was to figure out exactly where I wanted to place the hut, In my walk around there is a great area that backs to a lava rock pile, so to give the back side sum protection and also to use the pile as a foundation wall. Once Selected we began to clean out the area, remove plants and rocks and then start to dig, as we want to use the earth and set the hovel partially into the ground. The whole structure is to be roughly 7 feet wide by 12 feet long. 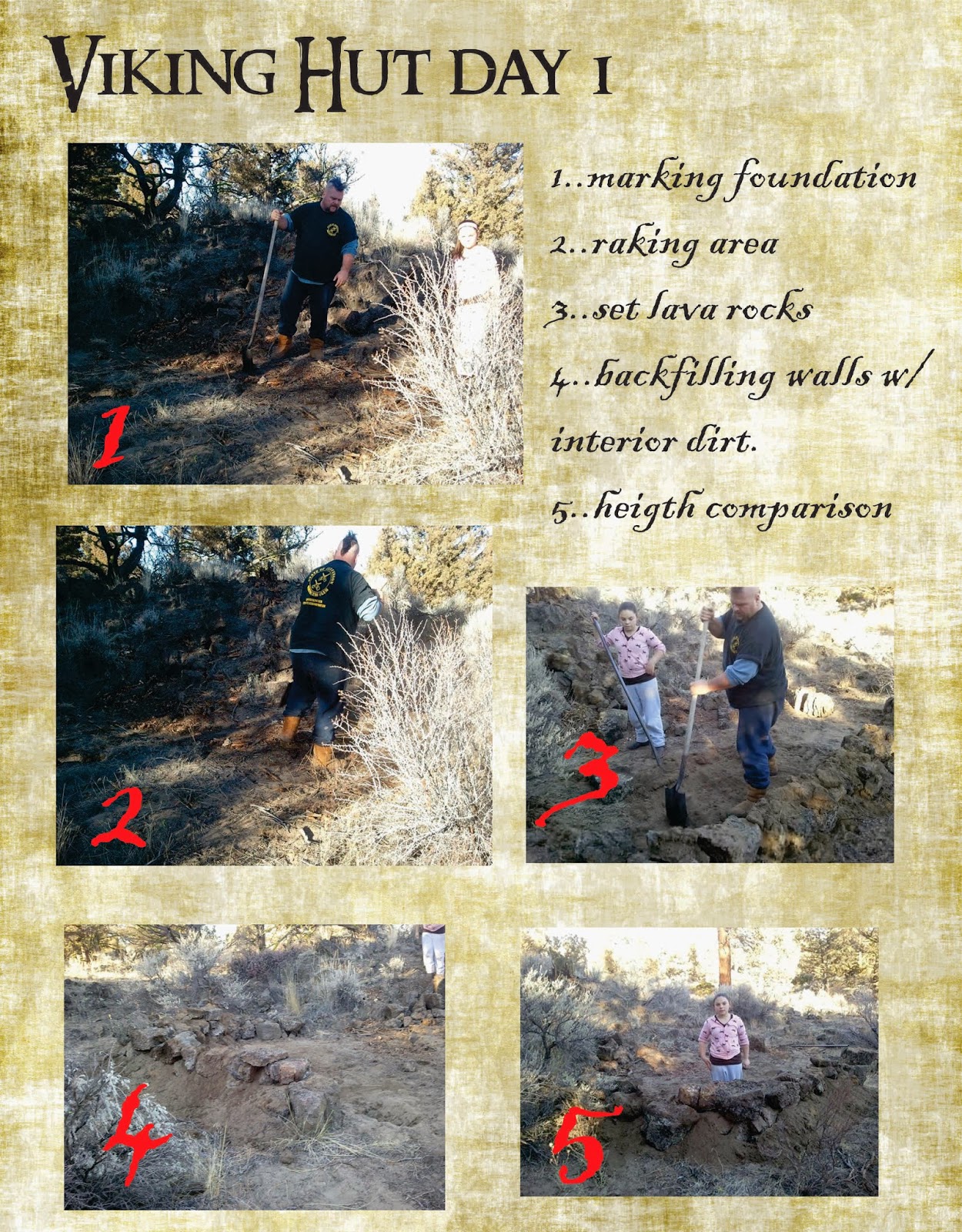 After we had moved the plants and marked off the area we began to dig and also build a retaining wall as we removed the large volcanic rocks in the sandy ground. We dug down about 2 feet and built up the wall about another foot. Unfortunately I would of loved to dig deeper, but unless i had a jackhammer and sum tools other then my hands and a shovel we where limited on the depth , do to the large lava plates in the area. 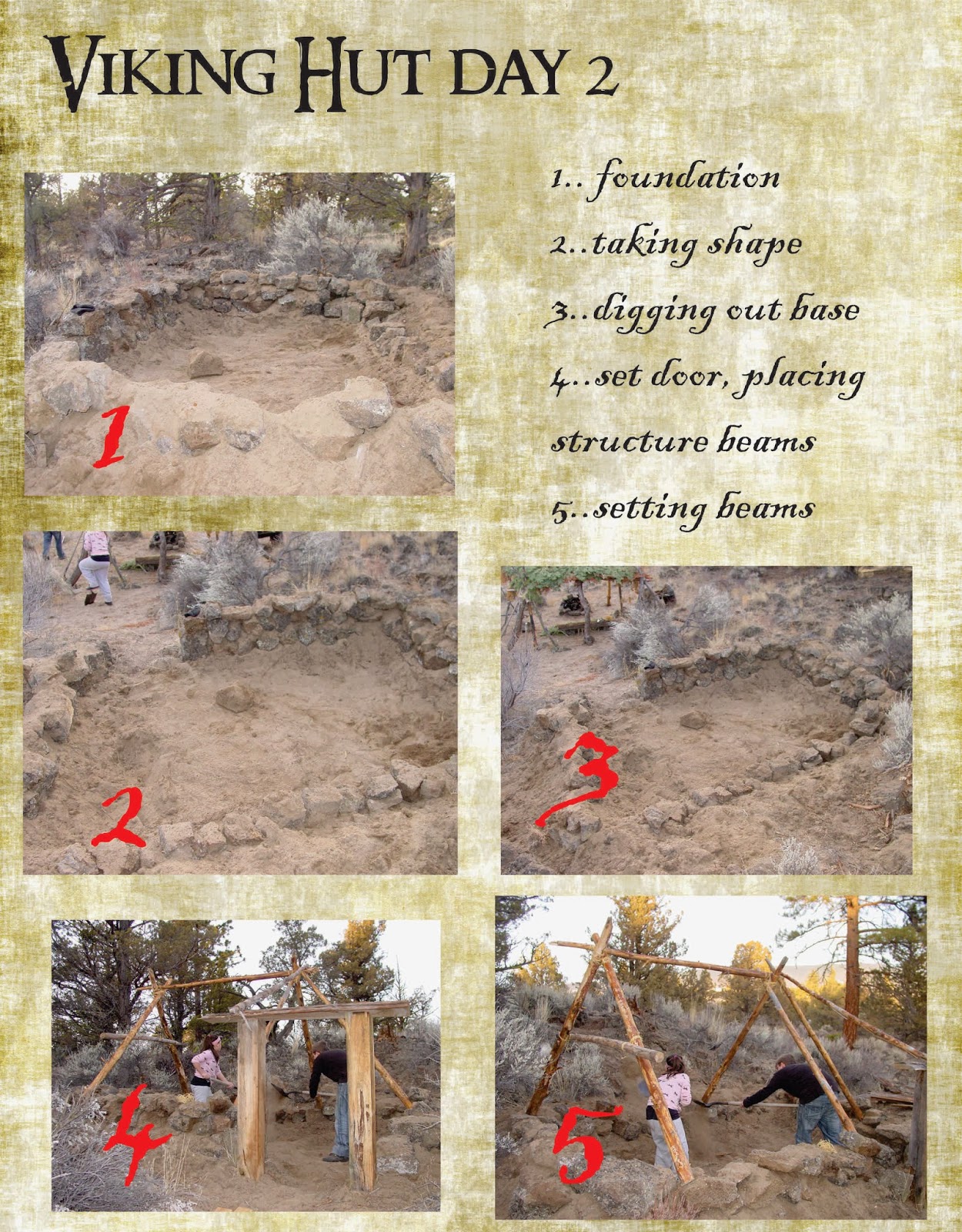 At this point we had layed out the stones and dug as deep as we could, so the next step was to start placing and configuring the wood structure. The wood came from a local slash pile from logging, that was left to basically rot. I took advantage of this as it was the only area i could find cut limbs w/out clear cutting my property. I decided the beams would be about 7 feet to 8 feet long pine, as it is the length of my trailer I used to haul the wood.  I decided to use a combination "A" frame Saxon styled structure, and also a partially round back using a wick up style of coverage, and also allow for a side entry door. The door was made of rough cut cedar  and made small as most structures in that age ( I believe it was to detour animals and for better heat retention and the ability to defend from the inside).